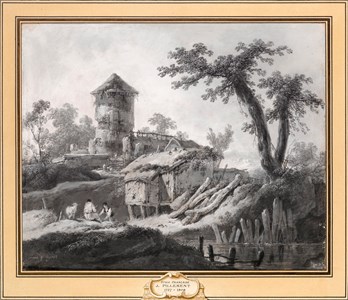 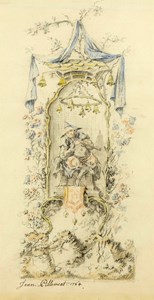 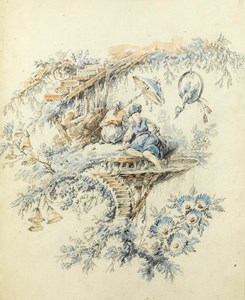 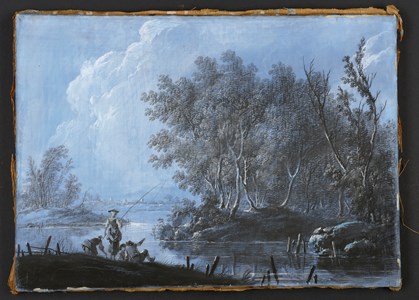 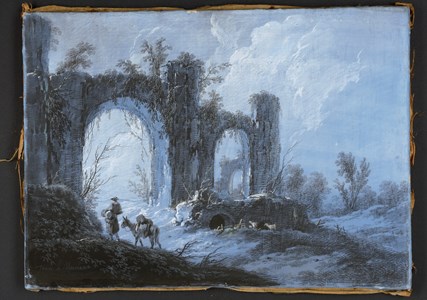 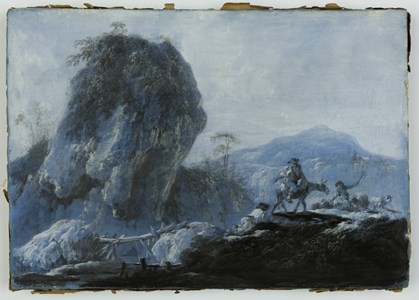 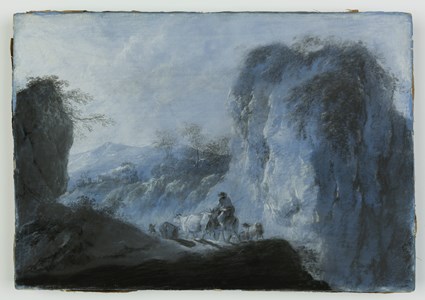 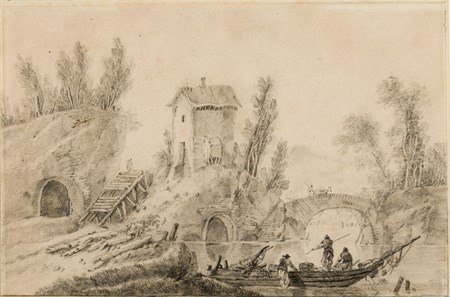 ‘An artist with a great deal of merit, gifted with a prodigious talent, this busy man worked in all genres (except history painting and portraiture) in oil, pastel, chalk, ink, pencil, and always with an ease, a facility, a remarkable rapidity. His touch is extremely firm, neat, precise. One never sees hesitation or indecision in his works, all of which are characterized by a great harmony, and by an abundance of spirit.’ Thus was Jean Pillement described some twenty years after his death, and such assessments of his abilities have lasted into the present day, with one modern scholar aptly describing the artist as ‘a versatile painter and an exquisite draughtsman’. One of the most influential decorative and ornamental draughtsmen working in Europe in the second half of the 18th century, Pillement was an equally gifted painter, producing pastoral landscapes, marines, flowerpieces, animal subjects and chinoiseries. A precocious talent, by the age of fifteen was working as a designer at the Gobelins tapestry factory in Paris. In 1745, aged seventeen, he left France to spend three years in Madrid. This was to be the first in a long series of travels throughout Europe over the next forty years. After a period in Lisbon, where he was offered, and declined, the title of Painter to the King, Pillement spent the next few years working in London, between 1754 and 1763. His pastoral scenes, seascapes and picturesque views found an appreciative audience in England, and he became a popular and re¬spected member of artistic society in London. It was also in England in the 1750’s that some of his ornamental designs were first engraved and published, and where he established himself as a fashionable decorative painter.Pillement continued to travel extensively during the 1760’s, receiving several prestigious commissions. Between 1763 and 1765 he was in Vienna, where he won commissions from the Empress Maria Theresa and the Prince of Liechtenstein. He was appointed court painter to King Stanislas August Poniatowski of Poland, for whom he decorated rooms in the Royal Castle and the palace of Ujazdów in Warsaw between 1765 and 1767. Back in France and appointed peintre de la reine in 1778, Pillement painted three decorative canvases for Marie Antoinette’s Petit Trianon at Versailles; the only real instance in his long career of an official French commission. For much of the 1780’s he worked in Portugal and Spain, and it was during this period that he produced some of his finest landscape drawings. Returning to France in 1789, he abandoned Paris during the Revolution and spent much of the decade of the 1790’s working in the small town of Pezénas in the province of Languedoc. The last years of Pillement’s career found the artist in his native Lyon, where he was employed at the Manufacture de Soie et des Indiennes and gave lessons in decoration and design. He died in relative obscurity at the age of eighty, his output having suffered from the decline of the French taste for the rococo in the aftermath of the Revolution.