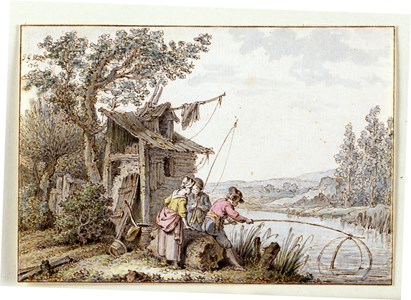 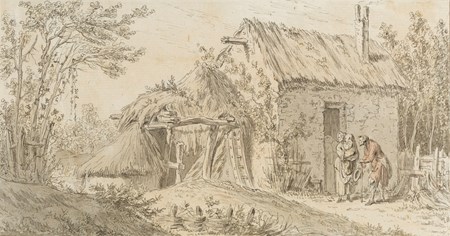 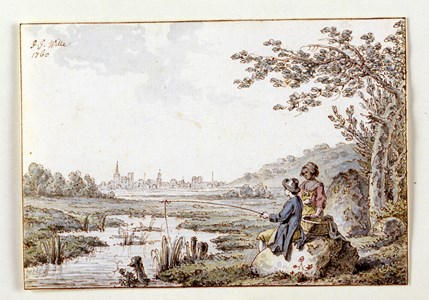 Born in the German province of Hesse, Johann Georg Wille arrived in Paris at the age of twenty-one, and soon established a reputation as an engraver. Although much of his early work in the 1740’s was in the form of portrait engravings after such artists as Hyacinthe Rigaud and Louis Tocqué, by the early 1750’s he had also begun producing prints of genre subjects, mainly after the work of contemporary German and Dutch artists. Known in France as Jean-Georges Wille, he had by 1755 gained French citizenship and membership in the Académie Royale. Appointed an Academician in 1761, Wille stopped producing portrait engravings soon afterward, his failing eyesight not allowing him to work on portraits with his usual meticulous technique. As 'graveur du roi' and also engraver to the King of Denmark and the Emperor of Germany, Wille’s reputation reached its peak in the years before the French Revolution. His studio in Paris was a centre of printmaking and a meeting place for artists, collectors and dealers, and he was himself active in the art trade. He was also particularly influential among the younger generation of German and Swiss artists; among his pupils were Adrian Zingg, Jakob Matthias Shmutzer and Ferdinand Kobell. Wille’s reputation declined after the Revolution, however, and near blindness meant that he produced little in the final years of his career, with his last dated engraving executed in 1790. Active throughout his career as a collector and dealer, Wille owned a large number of paintings and drawings by French, Dutch and German artists, several of which he reproduced as engravings. His memoirs and journal, an important source of information about the Parisian art world of the 18th century, were published posthumously in 1857.