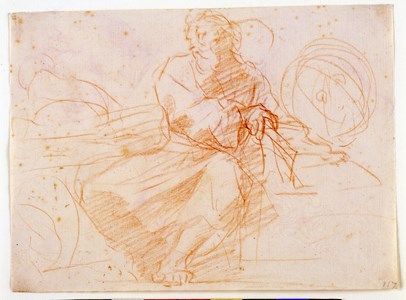 Born into a noble Bolognese family, the painter Emilio Savonanzi was, according to the biographer Cesare Malvasia, a pupil of Giovanni Battista Cremonini, Denys Calvaert and Ludovico Carracci in Bologna, and may also have trained with Guido Reni in Rome. The influence of other Bolognese artists, notably Giacomo Cavedone and Guercino, can also be seen in such paintings by Savonanzi as The Death of Saint Joseph in the church of San Mamante in Medicina. Among other significant works by the artist is an altarpiece of Saint Ciriaca Burying the Martyrs, painted between 1623 and 1625 for the church of San Lorenzo fuori le Mura in Rome and showing the influence of Guercino. Several paintings by the artist are to be found in the town of Camerino, where he settled in 1639 and remained until his death in 1660.