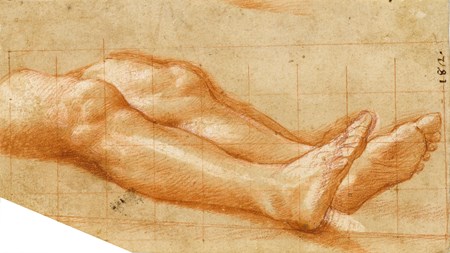 Bernardino Gatti worked for much of his career in Cremona, Parma and Piacenza. Throughout his life he was particularly inspired by the art of Correggio, as can be seen in his earliest altarpiece, a Resurrection painted in 1529 for the Duomo in Cremona. In 1543 he was working in the church of Santa Maria in Campagna in Piacenza, where he was tasked with the completion of a series of frescoes of the Life of the Virgin in the cupola, which had been begun by Pordenone. The late 1540’s found Gatti working on several projects in Cremona, notably an Assumption of Christ painted in 1549 for the church of San Sigismondo and a Multiplication of the Loaves and Fishes in the refectory of the convent of San Pietro al Po, completed in 1552. In 1560 the artist settled in Parma, where he frescoed an Assumption of the Virgin for the dome of Santa Maria della Steccata, completed in 1572; a work that reveals the influence of Correggio’s cupola fresco in the nearby church of San Giovanni Evangelista. Gatti was back in Cremona by 1573, where he began an Assumption of the Virgin for the Duomo, left unfinished at his death.Long thought to be a pupil of Correggio, which he was not, Gatti as a draughtsman has often been confused with an artist who was in fact apprenticed to Correggio, Giorgio Gandini del Grano (1490-1538).