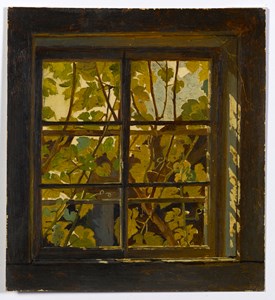 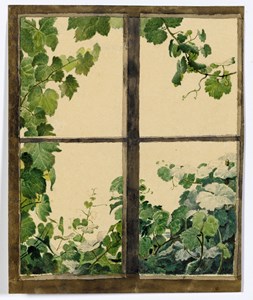 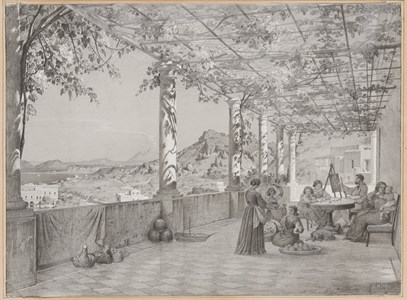 In 1826 Maximilian Albert Hauschild was enrolled in the architecture school of Akademie in Dresden, where he was to return as a teaching assistant between 1838 and 1852. By 1833 he was in Rome, where he developed a particular interest in Italian architecture of the Middle Ages, notably the churches of the Early Christian, Gothic and Romanesque eras. He returned to Rome in 1841 and 1846, and from 1852 onwards lived between Dresden and Italy, eventually settling in Naples for good. Hauschild painted works in oil, gouache and watercolour, with his subjects often being accurate and highly detailed views of the interiors of churches and monasteries throughout Italy (notably in Florence, Milan, Naples, Palermo, Venice and Viterbo) and Germany (Bamberg, Erfurt, Meissen, Regensburg and elsewhere), all depicted with a particular sensitivity for light effects. The figures in his late paintings tend towards the anecdotal. In Dresden, Hauschild ranked alongside Johann Theodor Goldstein as one of the leading architectural painters working in the city. Paintings by Hauschild are today in the collections of museums in Bamberg, Dresden, Erfurt and Karlsruhe, as well as in Naples (a panoramic view of the city and bay of Naples from the Certosa di San Martino in the Santangelo Collection), Oslo and St. Gallen. A portrait of Hauschild by Carl Christian Vogel von Vogelstein, executed in 1840, is in Dresden.Drawings by Hauschild are quite rare. A handful of watercolours and drawings by the artist have appeared on the art market in Germany in recent years, while a pencil drawing of the interior of the Cathedral at Naumberg an der Saale, dated August 23rd, 1836, is in the collection of the Crocker Art Museum in Sacramento. A drawing of the Duomo at Viterbo was at one time in the Kupferstichkabinett in Dresden but was lost in the bombing of the city in 1945.