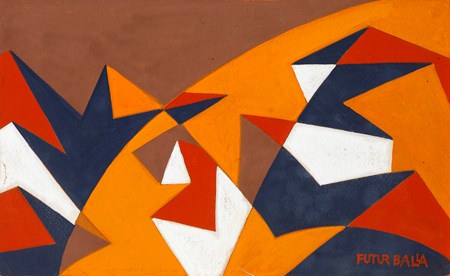 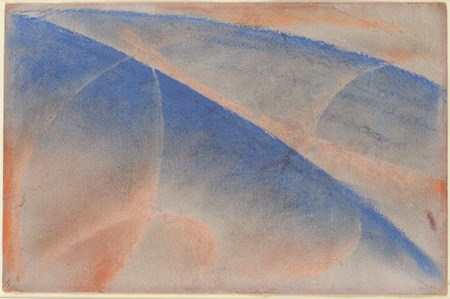 A leading member of the Futurist movement in Italy, Giacomo Balla received almost no formal artistic training. Following the death of his father when he was aged just nine, he served an apprenticeship in a lithography shop, while at the same time taking drawing classes in the evenings. He also spent a few months at the Accademia Albertina in Turin. He showed some early promise as a portraitist, and also produced paintings which display an interest in social issues. By the end of the first decade of the 20th century he was painting in a quasi-Divisionist style, resulting in such dramatic paintings as Street Light of 1909, today in the Museum of Modern Art in New York. The following year Balla was one of the signatories of the first Futurist artistic manifesto, the Manifesto dei pittori futuristi, and began to take an active role in the group founded by the theorist Filippo Tommaso Marinetti. He first exhibited with the Futurists in 1912. The following year he sold all of his early paintings at auction, and devoted himself wholeheartedly to the new Futurist aesthetic. In 1914 several of his paintings were reproduced in Umberto Boccioni’s Pittura, scultura futuriste (Dinamismo plastico). Balla’s paintings, with their emphasis on lines of ‘speed’ or ‘force’, continued to exemplify the Futurist ideal in the years of the First World War and afterwards. During the second wave of Futurism in the 1920’s, he remained one of the only artists of the first generation of Futurist painters to continue to express some of the same concerns as his younger contemporaries, with a growing interest in geometric forms. By the early 1930’s, however, Balla had reverted to his early realism in landscape paintings and portraiture, including a series of introspective self-portraits.