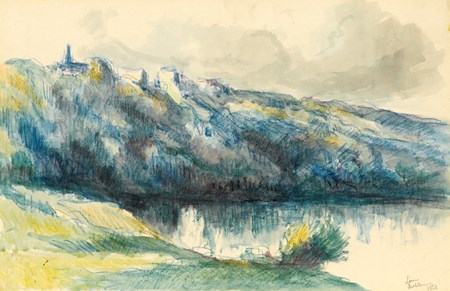 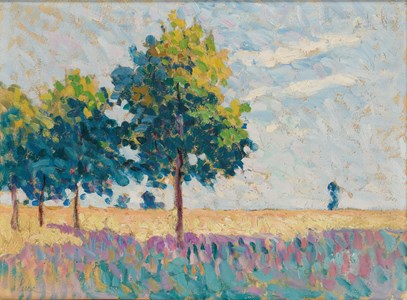 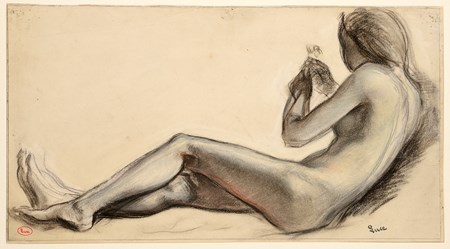 Born in the Parisian neighbourhood of Montparnasse, Maximilien Luce displayed a lifelong interest in the depiction of the daily life of the working-class city folk he grew up with. Trained initially as a wood-engraver, he took up landscape painting in the late 1870’s. Although best known for his work as a Neo-Impressionist painter, Luce often preferred urban subjects to the landscape views produced by such colleagues as Camille Pissarro and Paul Signac. Like Signac and Henri-Edmond Cross, Luce continued to work in a Neo-Impressionist, or pointillist, manner for many years after the death of the group’s leader Georges Seurat, in 1891. He exhibited with the Neo-Impressionist artists at the Salon des Indépendants, and also took part in the exhibitions organized by Les XX in Brussels in 1889 and 1892. His strong left-wing political convictions and hostility towards the authoritarianism of the Second Empire also found expression in much of his art, and particularly in his graphic work, which included illustrations for several anarchist and subversive broadsheets, including Le Père Peinard, Le Chambard and Le Temps Nouveau. A member of the French anarchist movement, Luce was briefly imprisoned as a political activist in 1894. From about 1895 onwards, and partly under the influence of Camille Pissarro, Luce began to move away from the Neo-Impressionist manner. He painted a number of urban views, in particular scenes of Notre-Dame, as well as depictions of men at work, rural landscapes and a handful of splendid portraits of fellow artists. Luce continued to exhibit his work regularly, with a series of one-man exhibitions at such Parisian galleries as Durand-Ruel, Druet and Bernheim-Jeune. His work was also shown in Germany, Belgium and Switzerland.