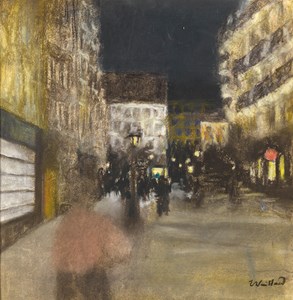 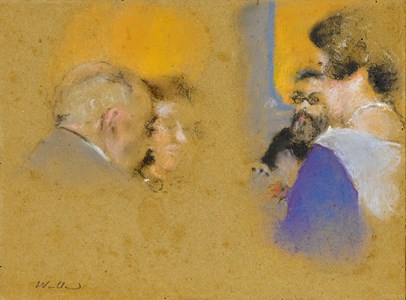 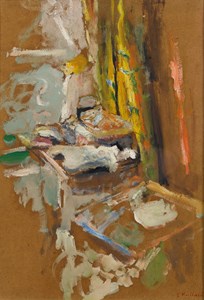 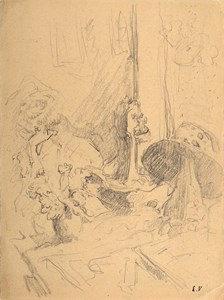 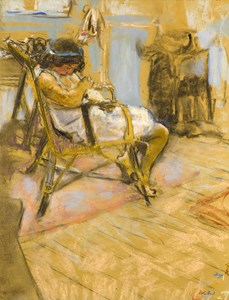 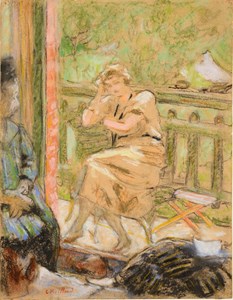 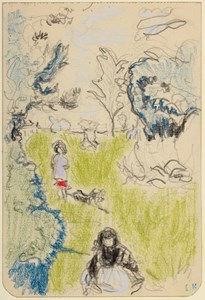 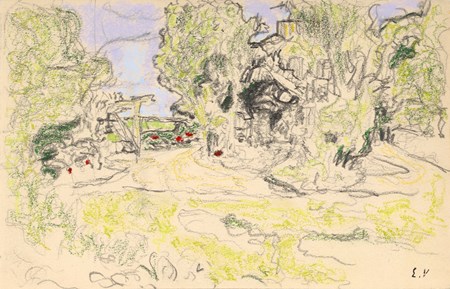 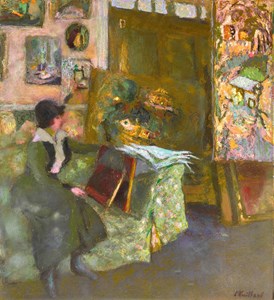 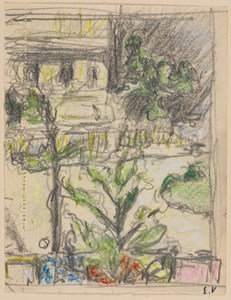 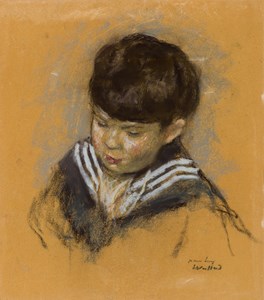 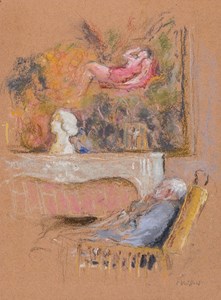 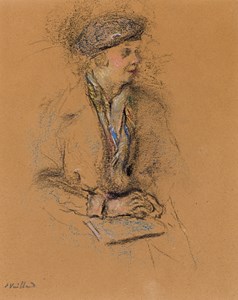 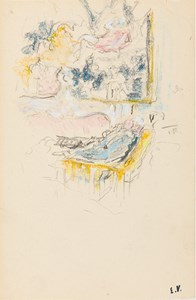 At the start of his career, Edouard Vuillard joined a group of young artists - including Maurice Denis, Paul Sérusier, Pierre Bonnard and Kerr-Xavier Roussel - who called themselves the Nabis and were united by a desire to develop a new, more expressive pictorial language, inspired by the work of Paul Gauguin. In the 1890's, Vuillard began receiving a number of private commissions for wall panels intended to decorate the rooms of private houses. This was a genre in which he was to become very successful, and between 1892 and 1901 he painted a number of these large-scale panneaux décoratifs, almost all the result of commissions from a small group of mutual friends and enlightened collectors. Vuillard’s work of this type remained largely unknown to the public at large until several panels were exhibited at the Salon d’Automne in 1905. In the early years of the new century, enjoying the fruits of a commercial arrangement with the Galerie Bernheim-Jeune, Vuillard began expanding his repertoire of decorative panels and small, intimiste domestic interiors to include portraits and landscapes. Although his work as a peintre-décorateur was largely confined to private homes, he did receive a handful of public commissions, including the decoration of the foyer of the newly built Théâtre des Champs-Elysées in 1912. The later years of his career found Vuillard saw mainly as a portrait painter, often depicting his sitters within an interior setting. He rarely exhibited in public after 1914, and it was not until a large retrospective exhibition of his work was held at the Musée des Arts Décoratifs in Paris in 1938, two years before his death, that interest in Vuillard was renewed.As a modern scholar has noted, ‘Vuillard was in many ways the supreme graphic artist among the Nabis. He drew throughout his life, indeed daily...’ From around 1900 onwards he used mainly pastel for his drawings, and came to master the subtlety and vibrancy of this challenging medium. In one of the first monographs on the artist, the critic and art historian Claude Roger-Marx wrote that, ‘Vuillard often found expression by means of pastels’, and he made more extensive use of the pastel medium than perhaps any French artist since Degas in the previous generation. Pastel was to become an essential part of Vuillard’s working process until the end of his career, and was used for landscape and figure studies, compositional drawings, still life subjects and as preparatory studies for portraits.