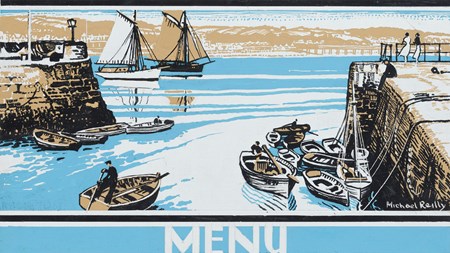 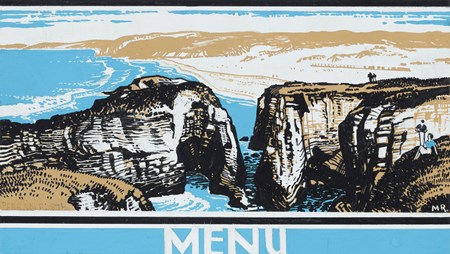 Born in 1898, Michael Reilly studied at the Central School of Arts and Crafts in Birmingham between 1923 and 1926. Very little is known of his life and career, which seems to have been spent living and working in the West Midlands; the artist lived in Birmingham in the 1930’s and was in nearby Sutton Coldfield by 1946. As a commercial artist, Reilly received commissions from several railway companies, including the Great Western Railway, Southern Railway and the London Underground. Reilly designed a number of railway posters for the Southern and Great Western Railways; a number of examples are today in the National Railway Museum in York. These include a poster of 'Wells in Smiling Somerset', published by Southern Railway in 1931 and 'Wales, Unsurpassed for Scenic Grandeur' for the Great Western Railway, printed around 1930. Other posters designed by Reilly for the G.W.R. include scenes of Criccieth and Porthcawl in Wales, dating from 1935 and 1937 respectively, and Weston-super-Mare in Somerset, published in 1946. A watercolour view of Aberystwyth in Wales, drawn by Reilly in 1946 and today in the collection of the National Railway Museum, was also used for a G.W.R. poster.