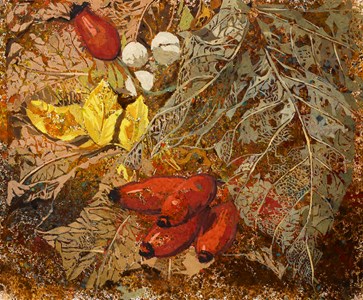 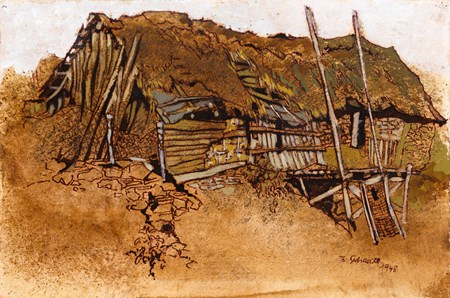 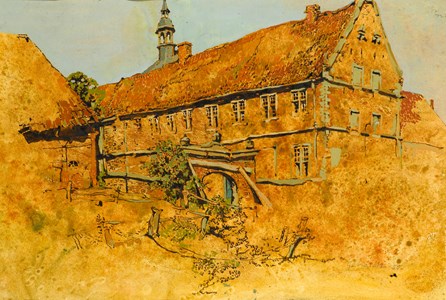 Almost nothing is known of the German artist Ingrid Gerhardt, who does not seem to appear in any biographical dictionaries of 20th century artists. She studied at the free art school established by the painter Jo Strahn in Düsseldorf in the 1940’s. Gerhardt lived and worked for much of her later life in France, in the département of Ille-et-Vilaine in Brittany. That she was also active as a printmaker is evidenced by an illustration of a woodcut of a puppet-master, published in the newsletter of a German amateur theatrical society in 1955.