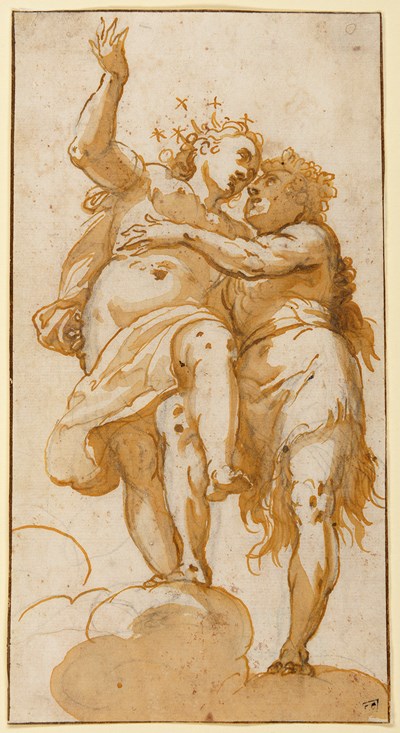 
A fine addition to the corpus of drawings by the artist, the attribution of this sheet to Alessandro Maganza was first suggested by Hugo Chapman. In its rapid but assured handling of pen and the use of large areas of light brown wash to create powerful effects of chiaroscuro, the present sheet is typical of the distinctive and idiosyncratic draughtsmanship of the artist. Stylistically comparable drawings by Maganza include studies of a Standing Female Figure and a Kneeling Saint Jerome, both in the Uffizi, a study of two women in the Nationalmuseum in Stockholm, a drawing with two studies of the bound Christ in Darmstadt and an Allegory of Charity in the Albertina in Vienna. The present sheet bears the collector’s mark of Émile Louis Dominique Calando (1840-1898), whose collection (and collector’s mark) was inherited by his son Émile Pierre Victor Calando (1872-1953), before being dispersed several years after the latter’s death.