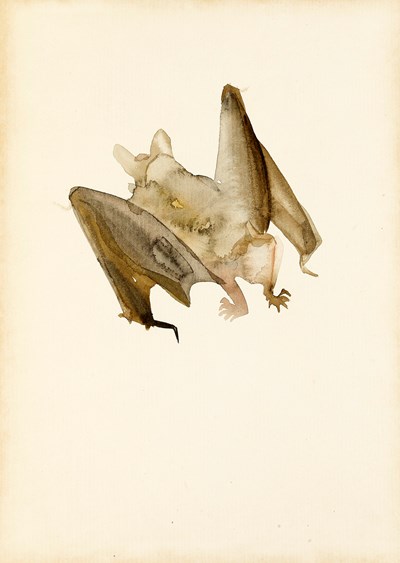 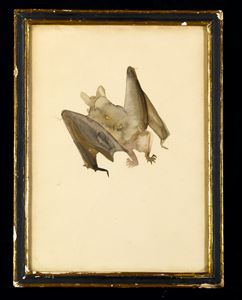 
This rare example of Lucian Freud’s use of watercolour may be dated to around 1961. In the summer of that year Freud travelled to Greece with his two daughters Annabel and Annie, from his first marriage to Kitty Garman. He took with him some watercolours, and while in Greece he began to experiment with the medium, producing a small number of spirited watercolour drawings, mostly portraits of children, as well as a self-portrait. These watercolours are drawn with a fluidity and immediacy - also evident in the present sheet - far removed from the pencil, chalk and ink drawings of the late 1940’s and early 1950’s that had first established the artist’s reputation as a draughtsman.In 1980 Freud returned to this subject in two small paintings depicting a dead bat; one of these is today in a private collection, while the other recently appeared at auction in London and is now in the collection of the Museum für Gegenwartskunst in Siegen, Germany.

Provenance:
Given by the artist to his daughter, Annie Freud Given by her to the previous ownerPrivate collection, until 2012.